One of the things that makes Broad Street a part of the Presbyterian Church (USA) is a system of government that puts equal weight on the leadership of the pastors and the leadership from the congregation. Lay leaders come from a broad cross-section of our congregation and a number serve on our leadership board. 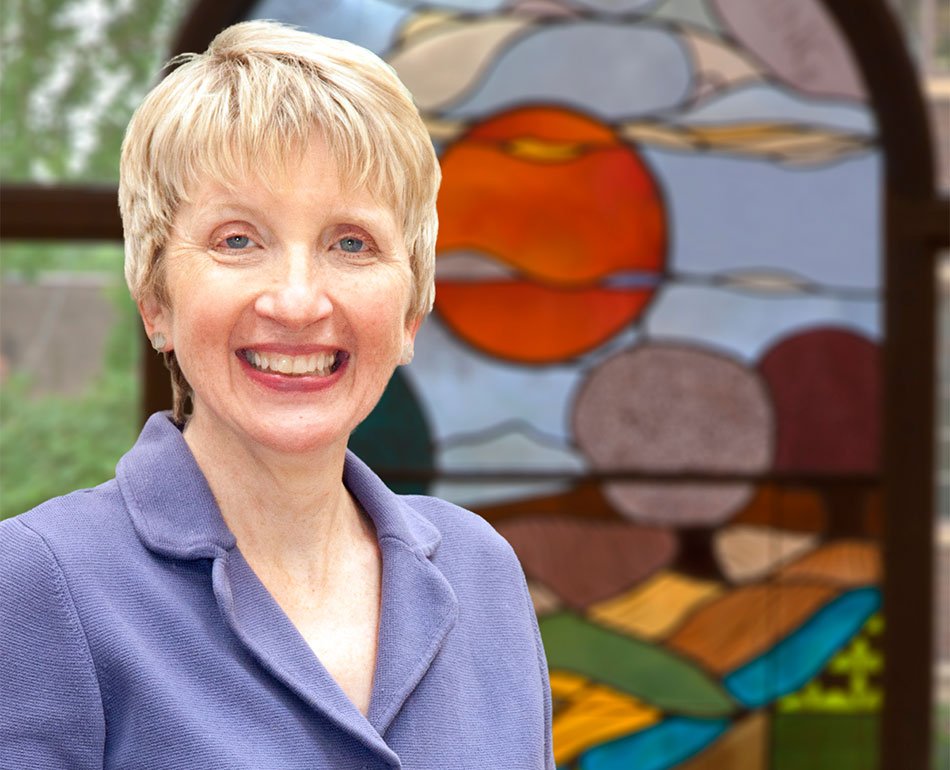 “My hope is that the church can be a place where all can experience the presence of God and talk about those things that are most important to them.”

My greatest passion is helping people deepen their relationship with God.  This often happens through a willingness to wrestle with the big questions of life, questions such as:

Why is there so much suffering?
What happens after we die?
What does it look like to live a life that is pleasing to God?
How do we create lives that reflect our deepest values?

My other great passion in ministry is serving God’s people in direct and practical ways.  What does it look like to care for the sick and dying?  How do we work in partnership with our neighbors who are in need of food, shelter and safety?  Churches are at their best when they provide ways for folks to translate their compassion into practical ways to help those in need in their communities.

A life-long Presbyterian, I grew up in Dayton, Ohio, and attended Princeton University in Princeton, New Jersey.  Following graduation, I studied in Northern Ireland where I received a Masters of Social Sciences in Irish Political Studies from Queen’s University of Belfast.  Upon returning to the United States, I earned a Masters of Divinity from Union Theological Seminary in New York City. 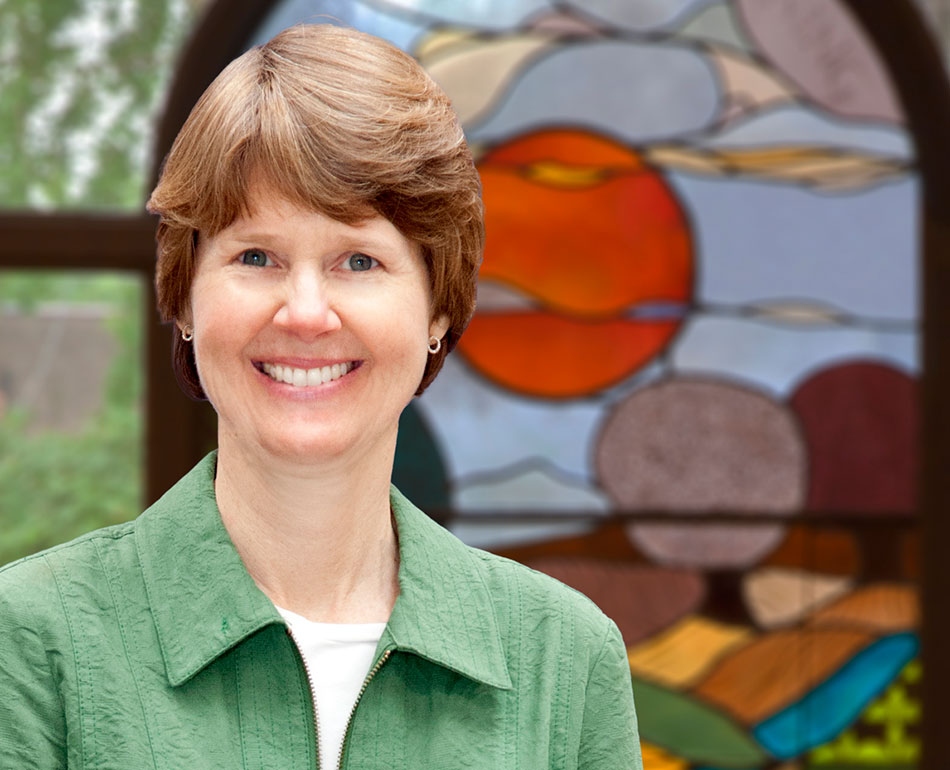 “When I was growing up I never thought I’d be a minister. I dreamt of being an astronaut or a teacher and later a lawyer! But a persistent nudging Spirit kept drawing me to offer my time and energy in equipping God’s people to be sent out to serve.”

When I was growing up I dreamt of being an astronaut or a teacher and later a lawyer! But a persistent nudging Spirit kept drawing me to offer my time and energy in equipping God’s people to be sent out to serve.

Here at Broad Street I take delight in seeing God at work in big and small ways, continually bringing new life where there seems to be no life, new hope where there seems to be no reason to hope, and growing faith from trust as tiny as a mustard seed. I believe with all my heart those resounding words from the Apostle Paul that “nothing can separate us from the love of God in Christ Jesus our Lord.”

Here at church I spend time with others in the areas of Discipleship and Care.  We’re excited about the way faith develops through our lives; and how God pursues, teaches and nurtures people of all ages.  Whatever our age or stage, we are on a journey of faith.  In community, God meets us and grows us toward the light.  We marvel in that growth across the generations!

My roots are in Escondido (near San Diego), California. I graduated from Pomona College in Claremont, California, with a degree in English Literature and Princeton Theological Seminary in Princeton, New Jersey, with a Master of Divinity. Before coming to Broad Street in 1995 I served as an associate pastor at Point Loma Community Presbyterian Church in San Diego and as an interim associate pastor at the Indianola Presbyterian Church in Columbus.

My husband Brad Binau has been my partner in life and faith for 26 years. Our three children are Martin, Sarah, and Trevor. Our eight year old Labradoodle, Moxie, adds a certain unpredictable, bouncy chaos to our lives. 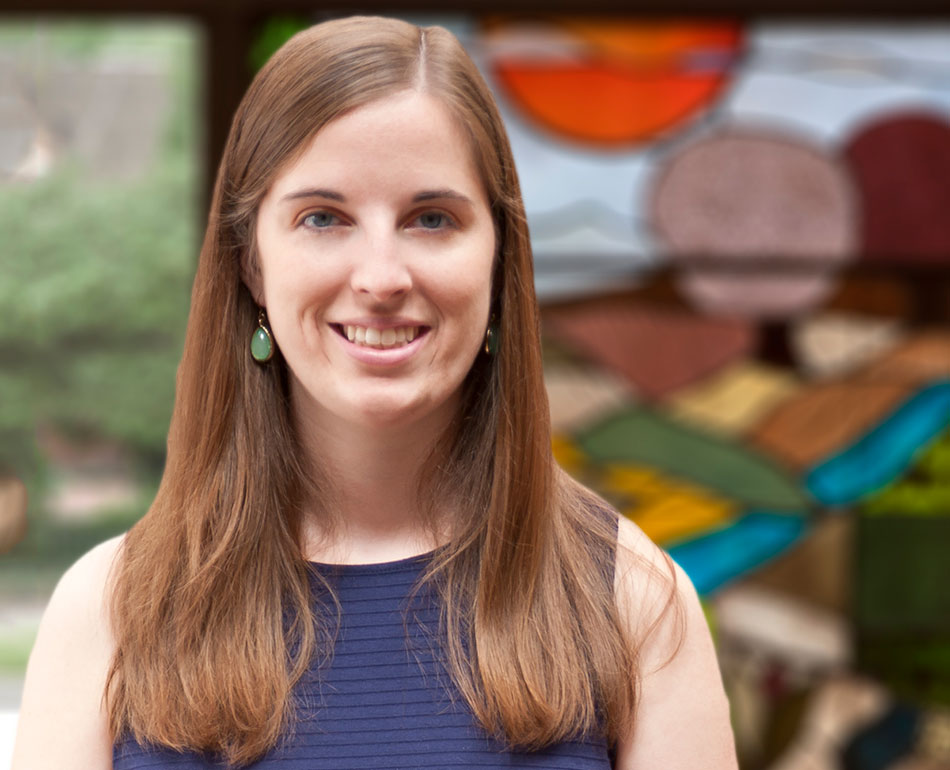 Brittany PorchDirector of Mission and Education
Learn More About Brittany

Growing up, I knew I wanted to be a teacher, so I lined up all my students (my mom, dad, and sister) and instructed them in the wisdom of Brittany’s childhood mind. Throughout my teen years, I was activity involved in my youth group at Memorial Presbyterian Church, St. Augustine, FL.  Through youth group, I was able to attend camps, conference, and mission experiences locally and globally.  The more I was involved, more and more leadership opportunities came my way – serving on youth council, being a small group leader at camps, planning youth events, and teaching in the nursery.  My youth group and church family opened my eyes to the connection of community both in our church and in the world.  I became passionate about relationships, mission, and discipleship in a way that opened my mind to the vocation of ministry.

I went to Presbyterian College in Clinton, SC and received a Bachelor’s of Arts degree in Religion-Christian Education.  Beyond the classroom, my college internships and experiences at Thornwell Home for Children and Montreat Conference Center really grew in the practical side of ministry too.  After graduation, I accepted my first call as the Director of Christian Education for Children at Faith Presbyterian Church, Tallahassee FL.  This first job only propelled my interest in ministry and study more, and after three years, I started at Columbia Theological Seminary and received a Master’s of Arts in Practical Theology.

While in seminary, I married Trip Porch (we met in Tallahassee and he was currently a seminary student too), and upon graduation, we both sought new calls together.  We are beyond blessed to be in Ohio (our first experiences of winter weather may be the only drawback), where Trip is the Associate Pastor at First Presbyterian Granville, and I am here at Broad Street Presbyterian.  We both have our dream jobs in supportive and loving church communities.  I am still a teacher, but not in the way I was as a child, now I get to be a part of teaching and learning on Sunday mornings, at lock-ins, in the nursery, while serving community meals, on mission experiences to Peru, and in many, many more ways. 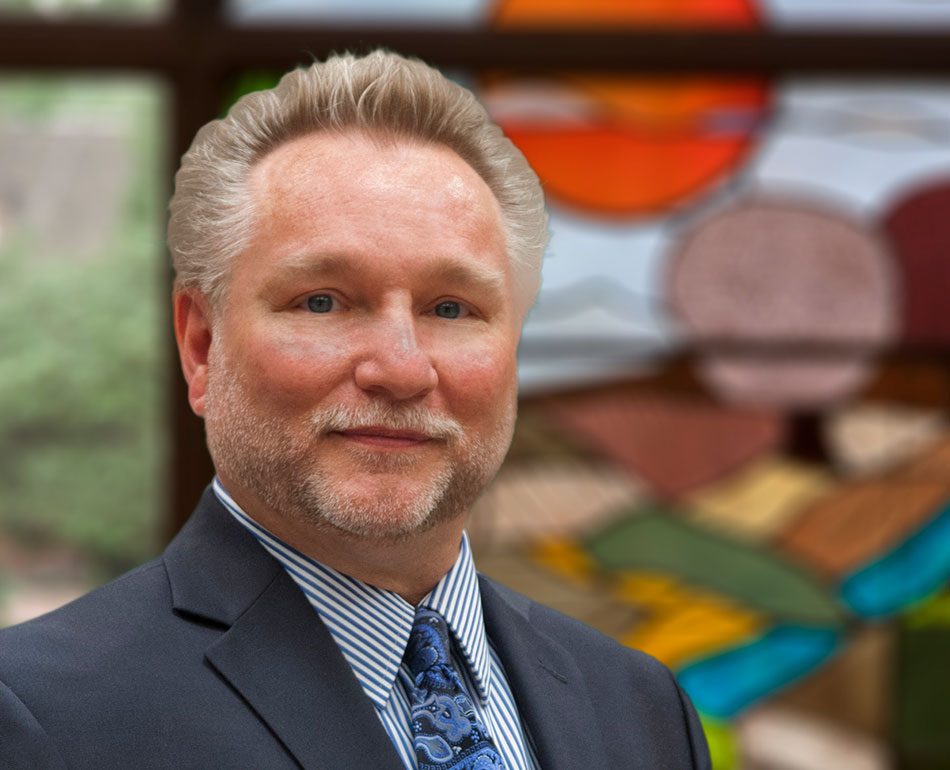 Music is a divine gift. It has a unique way of connecting the mind to the heart. It is this effect that makes the power of music so central to worship. Intellect and understanding are important, but when combined with the aesthetic nature of musical performance, a greater shared experience can be achieved.

My job is to choose and prepare music that will speak to our human experience. It is a daunting task and one that I take very seriously. Often I fear I am not up to the task. But then I remember “Trust in God” ( Hymn # 848).

When I remember God has the power to transform us and the world through music, insecurity turns to humility and joy – joy that I am surrounded by a choir and congregation who work tirelessly for the community, and strive to serve their Creator. 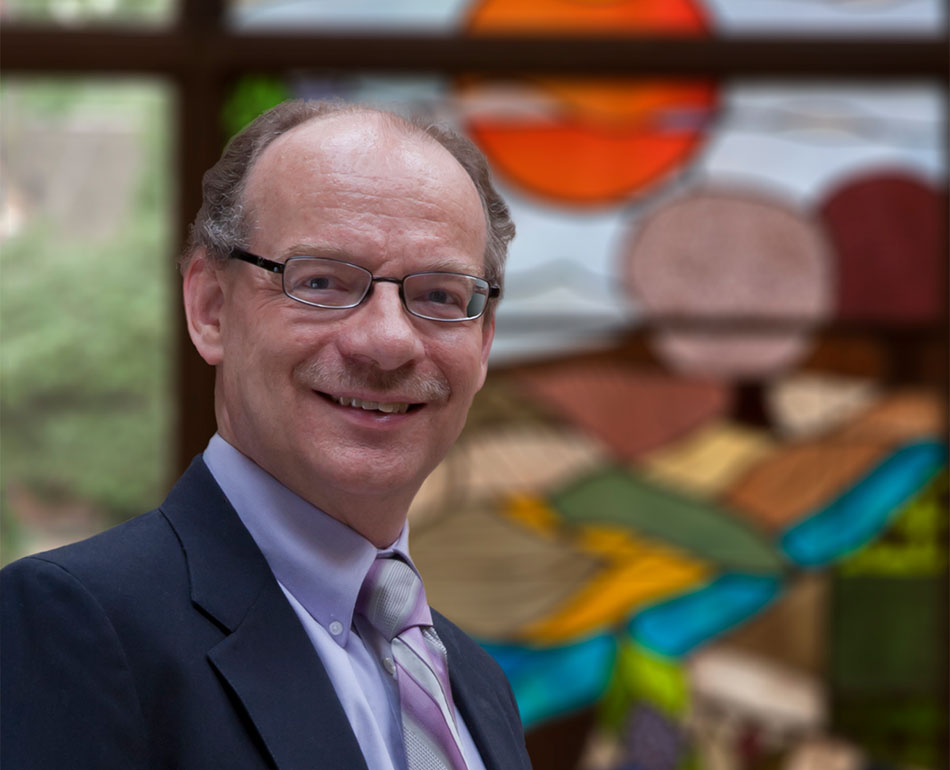 “The art of improvisation is an exciting aspect of the organ world, one which I enjoy exploring every week. So I consider it a great privilege to serve God and God’s people as a musician at Broad Street.”

As a church organist, my primary responsibility is to set the tone for worship, to support the choir, and lead the congregation in the musical portions of the worship service. From earliest Biblical times, music has played an integral role in worship. Music has great spiritual power to reach places that words alone do not penetrate. It also conveys texts, giving them heightened meaning. Martin Luther was one of many who understood the importance of music, one of God’s finest gifts, as a vehicle of prayer and praise.

The organ has played a central role in public worship for more than five centuries. Broad Street Presbyterian Church has a beautiful organ that can produce a wide range of sounds: flutes and oboes, strings and trumpets, from the ethereal to the thrill of the full organ. There is a great wealth of repertoire composed for the organ, spanning at least five centuries, music to fit every liturgical, spiritual, and emotional occasion. There is something for everyone, from obscure yet attractive pieces by 17th and 18th century European composers, to masterworks of Bach, Mendelssohn, Franck, and others, to settings of African-American spirituals and original works by African-Americans, South Americans and Asians, to some of the most recently published settings of familiar hymn tunes. The art of improvisation is an exciting aspect of the organ world, one which I enjoy exploring every week. Our recently purchased Bösendorfer Imperial Grand Piano provides an even wider range of possibilities, from classical piano works and transcriptions to contemporary hymn settings. From time to time we also feature our talented instrumentalists during worship.

My father, Charles, worked for the Schlicker Organ Company in Buffalo, NY, where I was born. When I was a boy, I accompanied him on some of his organ service calls. These early experiences sparked my interest in the organ. Another influence was my singing in the Boychoir of Christ Church Cathedral in Cincinnati, under the direction of one of America’s finest service players and improvisers, Gerre Hancock. I received a Bachelor of Music in Organ Performance from the College-Conservatory of Music of the University of Cincinnati, and a Master of Sacred Music from Southern Methodist University in Dallas. For five years I served as Director of Music Ministries at First United Methodist Church in Griffin, Georgia, during which time I also sang in the Atlanta Symphony Orchestra Chorus under Robert Shaw. I have been Organist of Broad Street Presbyterian Church since 1987. It is a blessing and privilege to serve God and God’s people as a musician at Broad Street Presbyterian Church. We affirm the famous words of J.S. Bach, which he penned in many of his scores: Soli Deo Gloria – To God alone be the glory. 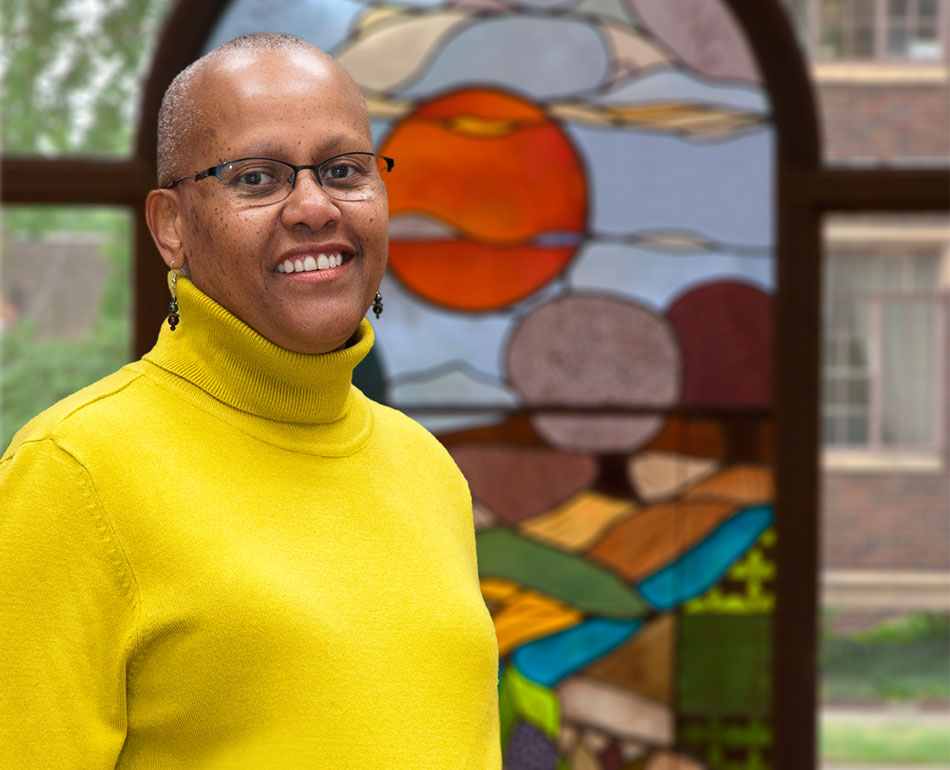