At Broad Street Presbyterian Church, we celebrate milestones in our lives that connect church and home.  During both online and in-person worship on August 29, we will honor those who have turned or will turn 90 in 2021.  In today’s blog, we highlight our four 90+ honorees:  Ann Aldrich, Joyce Conover, Jerry Conrad, and Sue Milligan. 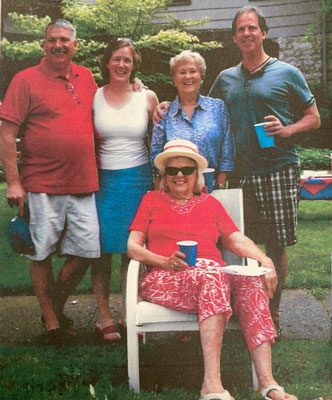 Cindy died of cancer at age 30.  Ann stayed with Cindy when she was ill and living in California.  Ann remembers standing at the window each morning.  She’d thank God for being there with them, and soak up the strength of those praying from across the country.  She remembers feeling the presence of angels, spiritual strength helping her get through those hard days.

Ann also reflects on what great happiness she’s had in life.  Following the death of her beloved husband Jake, she discovered a special friendship with Al Fulford, who is Broad Streeter Bob Fulford’s father.  Ann and Al have been sweethearts for 20 years.  She calls what they share “old love,” which means Al comes over for dinner and a drink, and they watch the news together.

We celebrate Ann Aldrich as part of this year’s 90+ Milestone. 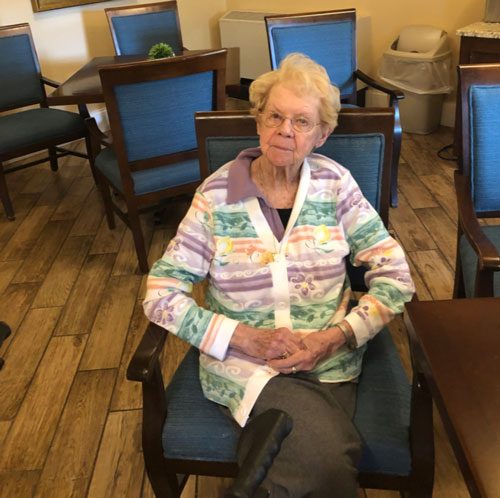 Joyce met her husband Roger in Newport, Rhode Island.  She worked as a nurse at the Naval hospital there, and he was in the Navy.  They were married in 1954.  When he retired from the Navy they moved to Columbus, where he attended The Ohio State University.  They raised three children; Lisa, Scott (Lisa), and Sara (Troy).  In Columbus, Joyce worked at OSU Hospital and later at a medical practice.

Joyce and Roger enjoyed each other’s company. They played cards with friends and traveled with Roger’s Heart of Ohio Barbershop’s chorus for nearly 20 years.  He died in 2009, and in 2013 Joyce and her dog, Dory, moved into Dublin Retirement Community.  Dory was a friendly ambassador for Joyce during that transition.

Joyce has three grandchildren and two step-grandchildren.  Next month she will become a great grandmother!  Joyce continues to read and enjoys sports on TV, especially OSU football and the Boston Red Sox.

Joyce’s children remember that she’s always been a strong woman. She used to tell them, “Don’t do anything that you wouldn’t be comfortable being shown on a billboard at Broad and High.”

We celebrate Joyce Conover as part of this year’s 90+ Milestone. 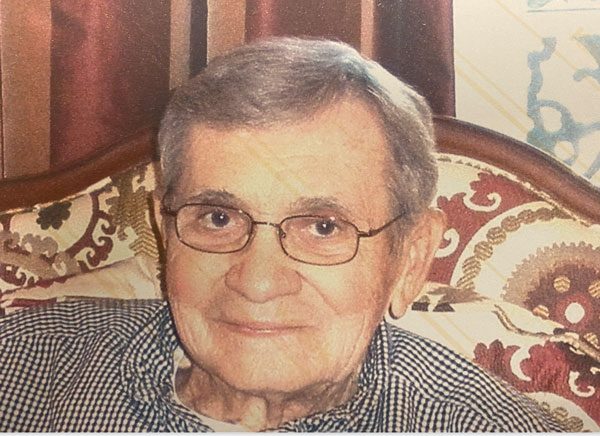 Jerry was born and raised in Northeast Ohio, near Canton.  After high school, he joined the Air Force. Following discharge, he returned to Ohio for work and school.  He married and moved to New York, where he worked and trained in the insurance industry.  He eventually returned to Columbus and continued his work in insurance.

Jerry met Broad Streeter Anne Wilder when their daughters went to school together.  Anne encouraged Jerry to become a member of Broad Street.  They agree that the secret to their success is that she lives in her home and he lives in his.

He credits his long life to his parents’ good genes, working out, and playing golf.  He’s a cancer survivor, and three years ago, he had triple bypass surgery.  This summer he’s enjoying playing golf three days a week.

Jerry has some advice for those younger than he: “Be kind, learn to be respectful, and follow and listen to the wisdom of your parents.”

We celebrate Jerry Conrad as part of this year’s 90+ Milestone. 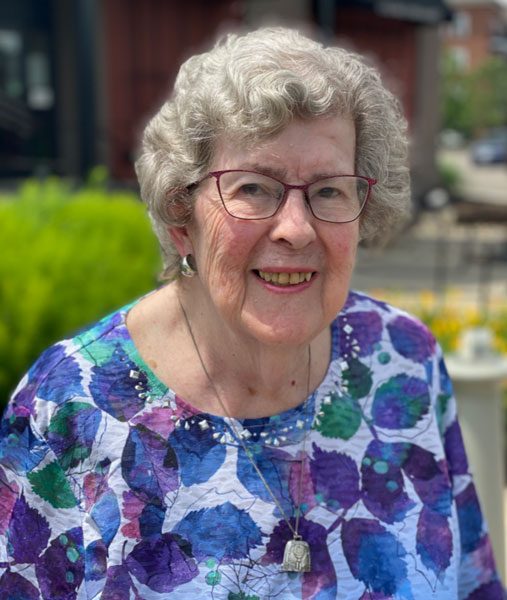 Sue was born in Evansville, Indiana.  She finished high school at the Dana Hall School in Wellesley, Massachusetts, and returned to Bloomington, Indiana, where she got a degree in Physical Education.  She taught for a few years before meeting her husband, Bill, in Sidney, Ohio.

Sue is part of Ohio Living Westminster Thurber’s drumming circle, which has played at ComFest through the years.  The rhythm and patterns and fellowship helped her through her grief when Bill died in 2012.  This year would have been their 65th wedding anniversary.

Sue and Bill have three daughters, Edie (Allen Driskill), Martha and Ruth (Dave Daiber), and four grandchildren – Will, Lydia, Maggie, and Joseph.  Sue’s interests include crossword puzzles and Words with Friends, as well as loyalty to her sorority, Kappa Kappa Gamma. She also enjoys watching tennis; so much so that if anyone calls her during a tennis match, she will probably hang up!

We celebrate Sue Milligan as part of this year’s 90+ Milestone.

To congratulate our honorees, leave a comment on this blog! You can also join us in honoring them in our online and in-person worship services on Sunday, August 29, 2021. We hope to see you there!