Why We Must Face the Sin of Racism 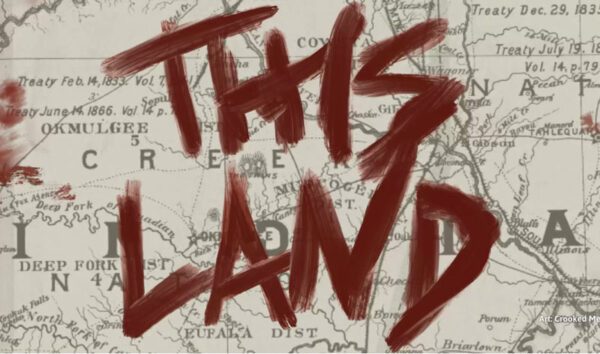 I want to be vulnerable and share the feelings I am processing after listening to the podcast This Land hosted by Rebecca Nagle, a citizen of the Cherokee Nation. While listening, I have realized just how little I know and have been taught about the history of … PAUSE… for a moment about terminology:

What is the correct terminology: American Indian, Indian, Native American, Indigenous, or Native?

All of these terms are acceptable. The consensus, however, is that whenever possible, Native people prefer to be called by their specific tribal name. In the United States, “Native American” has been widely used but is falling out of favor with some groups, and the terms “American Indian” or “Indigenous American” are preferred by many Native people. Native peoples often have individual preferences on how they would like to be addressed. When talking about Native groups or people, use the terminology the members of the community use to describe themselves collectively.

THIS… I know very little of the history of American Indians. I was talking with Broad Streeter Charlyn Bohland who recommended the podcast to me and she shared this;

“Bryan Stevenson tells us that we can’t move to reparation or restoration until we tell the truth about our history. We have to name the harms. He says,

Once you know that history, you begin to think differently about who we are. We got comfortable with creating a Constitution that talks about equality and justice for all, but didn’t apply to millions of Indigenous people who were on this land. And so until you understand that history, you can’t begin thinking about, well, what are your responsibilities now? What are your obligations now? What would it take to recover from that kind of violence, that kind of destruction that we did to millions of Indigenous people?’

The Podcast This Land speaks the truth about the history of the harms and how they persist to this day.”

As Christians, we long to see the fullness of God’s Kingdom: justice and mercy for all, all created in God’s own image. We must face the sin of racism. This podcast helped me realize I need to know our history, this needs to be part of my anti-racist journey for myself and as a parent… and certainly as a Christian. My truth is that I know little about tribal sovereignty, tribal culture and lifestyles, geographic locations of tribes today, ICWA adoption law, and the systemic approach to disband and remove power from tribes still today.

My kindergartener recently came home from school retelling the same Thanksgiving story I heard in kindergarten 30 years ago.

We have to do better.

We have to name hard truths to move forward and this can begin today.

How to get started?  Here are some lists of resources for all ages to dive into this important, truth-telling work as recommended by myself and the Columbus Public Library.

Do you have any resources you would add to this list? Share them in the comments of this blog!

Books for Adults (fiction and nonfiction)

Sources I cited in this blog: