5 Christmas Traditions and Their Origins 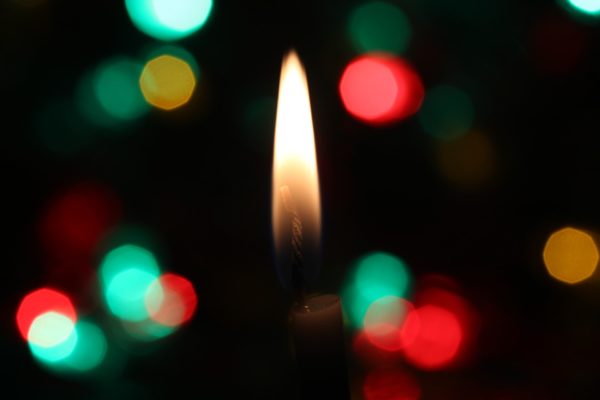 Most Christmas traditions have deep historical roots.  Here are five of my favorites:

Evergreen fir trees have always been popular as winter decorations. Ancient peoples displayed the branches as a reminder that spring would eventually come. Romans put branches of fir trees around temples to honor Saturn, the god of agriculture. The first time the evergreen was used as a Christmas tree is said to be either in Tallinn, Estonia in 1441, or Riga, Latvia, in 1510.  Each city claims to be the true home of the first Christmas tree!

In the 16th century, German Christians brought the trees inside their homes as a symbol of everlasting life. Later, in 1846, Queen Victoria and her husband, Prince Albert, set up a Christmas tree in their palace.  A sketch of them standing with their children around it was published in the Illustrated London News.  Suddenly, the practice of having a tree inside at Christmas became the height of interior design in England and North America. The Christmas tree had arrived!

At Broad Street Presbyterian Church, the iconic Christmas Tree from the Neil House, built and displayed by Terry Sherburn for 25 years, and lately assembled by both Terry and Karl Wetherholt, has been a source of much enjoyment.  This year Terry has prepared the ‘topper’ for us to take pictures beside during Drive-Through Church tomorrow (12/24/2020), 11:00 a.m.-12:30 p.m., in the parking lot at Broad Street Presbyterian Church.

Martin Luther is said to be the first person to put lights on a Christmas tree. Legend has it that he was walking through a forest one night and was moved by the beautiful stars shining through the trees. When he got home, he recreated what he saw for his family by putting a tree in their living room and placing lighted candles on its branches.

The first Christmas pageant wasn’t performed in a church, but in a cave by monks in Italy!  St. Francis of Assisi and his followers acted in the first nativity play in 1223 to remind the local population that Jesus was born for them, that he was born into a poor family like theirs.  St. Francis played each character in the story himself, using wooden figures.  After a couple of years, the play became so popular that people began acting out the parts of each character in the story.  Those taking part also sang songs, which became what we call Christmas carols today.

The Bible doesn’t offer the date of Jesus’ birth.  In fact, his birth wasn’t celebrated or even mentioned until centuries after the establishment of Christianity. There’s no evidence for his birthday being in the month of December!  Actually, clues from the biblical account point to his birth in the spring (shepherds tending their flocks).  It’s likely that the Romans chose December 25 as his birthday in order to coincide with Saturnalia and convince the rest of the empire to accept this strange new religion.

If there’s a pickle among your ornaments, you’re taking part in a beloved North American Christmas tradition.  The practice’s origins are a bit murky, or should that be briny?  They’ve probably evolved from a Woolworth’s marketing gimmick from the late 1800s when the store imported German ornaments shaped like a pickle and offered a sales pitch: hide it on the tree; the first child to find it gets a gift or is allowed to open the first present on Christmas morning.  Over the last several years, Broad Street Presbyterian Church’s Director of Mission and Education, Brittany Porch, has continued the tradition of re-hiding the pickle every Sunday morning so kids (and adults!) have the pleasure of searching for it each Sunday.  Those who come to Drive-Through Church tomorrow (12/24/2020, 11:00 a.m.-12:30 p.m.) will receive a pickle ornament as a reminder of this beloved tradition.

What’s a favorite Christmas tradition you enjoy? Share it with us in the comments.

JOIN US FOR CHRISTMAS EVE ONLINE!