5 People Who Have Had the Biggest Impact on my Faith 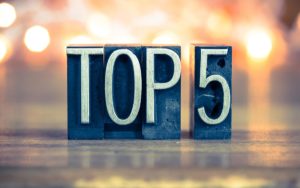 The other day, someone challenged me to identify the five people who have had the biggest impact on my faith. It was tough to narrow it down. My final list included three pastors and two lay people. Four of the five have died. They are all amazing people who showed me what it means to carry God’s love into the world.

I’m going to share some about one person on that list: a woman named Una Cross. I had the privilege of being her pastor at a church I served in the 1990’s. I officiated at her funeral. Una raised three children and had a remarkable career with the League of Women Voters in their work overseas. In partnership with foreign governments and non-profits, she created programs that promoted civic engagement and developed leadership and management skills for women.

She was also an excellent musician – she played the piano and worked for a time as a church organist. As a young housewife she composed swing music in her spare time.

Her friendships crossed generations, national borders, religious preferences and cultural divides. The coolest people were her friends. Strong, gifted women always seemed to find their way to Una. It somehow seems incomplete to call her a mentor – she was much more than that – a friend, a role model, a co-conspirator, an inspiration.

She was passionate about reaching out to those in need. Her activities ranged from helping a nation learn to better treat its women to cutting out coupons to support a local mission project. If in the end someone was helped, no task was too menial, too small for Una. On the other end of the spectrum, no dream was too big, no goal too unrealistic for Una.

In the Great Commandment, Jesus tells us to love God and love our neighbor. In Una’s case, it was never possible to pinpoint where one love ended and the other began. Her Bible was well worn but so were her feet. She shared her faith in God as easily as she shared her time and money with those in need.

For all these reasons and more, she makes my top five list of people who have shaped my understanding of what it means to follow Jesus.