Being Church in a Pandemic: Musical Moments 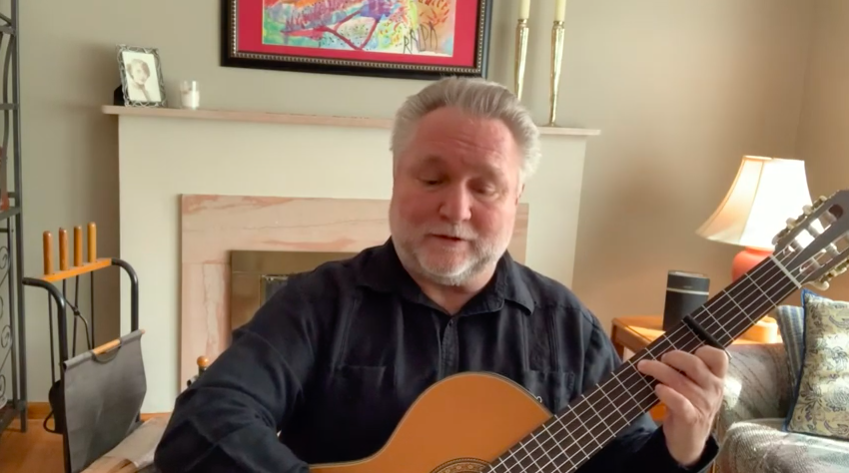 Bill Boggs, Broad Street’s Director of Music Ministry, grew up on the west side of Columbus.  He and his family attended Westminster Presbyterian Church on Schoolhouse Lane.  On Sundays, as worship concluded with the postlude, young Bill would hurry over to sit next to Charles, the church organist, to watch him play.  Later, during his teen years, Bill often played guitar in the early first service.

These days, in addition to his work at Broad Street, Bill is an adjunct professor at Capital University.  He conducts the orchestra, directs the opera music theater program, and is musical director for Broadway shows.  He also teaches two classical guitar students.  And for those who don’t know, Bill also has received two Grammys, but that’s another story!

Before Bill came to Broad Street six years ago, he directed choirs and led music in United Methodist churches for many years.  He says coming to Broad Street has been like coming home.

Bill reflects on 2020 and what Being Church in a Pandemic means for Broad Street’s Music Ministry:

Everything has changed.  We are a community of believers, and we have lost our ability to gather physically.  The sad part is not being together!

Truly, what a grief it has been for the choir not to be able to sing together, to harmonize, to make music and share it with the congregation.

…but that’s life for everyone right now.  It’s a challenge here at Broad Street and for every church.

Music’s way of touching our hearts is needed more than ever.  Now the challenge is how to make meaningful musical moments in a new way.

An important thing for me to remember personally is that the goal isn’t perfection.  It is more important to be moved by music than to be impressed by it.  Music during worship should deepen the impact of scripture and sermon.

In choir, the sum is greater than the parts.  That’s true for worship.  Our goal now is to combine individuals through the magic of technology to create our musical moments.  A gift during the pandemic has been that someone a thousand miles away can come into our homes and sing or play just for Broad Street.  Former choir members can sing for us again.  It’s a reunion of spirits.

When at church, Bill’s constant companion is Princess, his 13 ½-year-old Bichon.  At home, when he says ‘church’ out loud, she hops around with over-the-top excitement.  She loves coming to church. 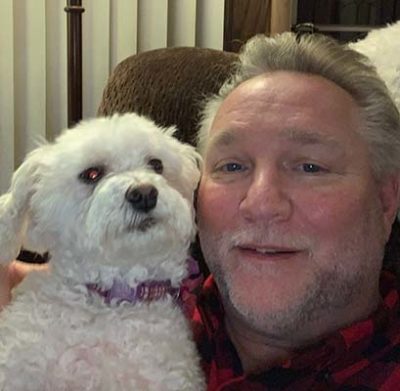 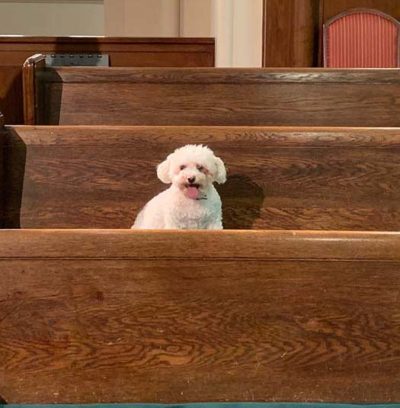 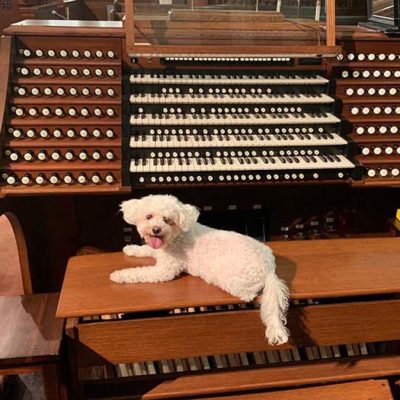 Her desire to come to church reminds us how much we long to return to the contours of that beloved physical space again, as a gathered community, and how, like the Psalmist, we long to sing and hear,

Meanwhile, during these days of Being Church in a Pandemic, Bill and all those he works with to create musical moments for BSPC, are meeting the challenge of this time and place, with creativity and soul. 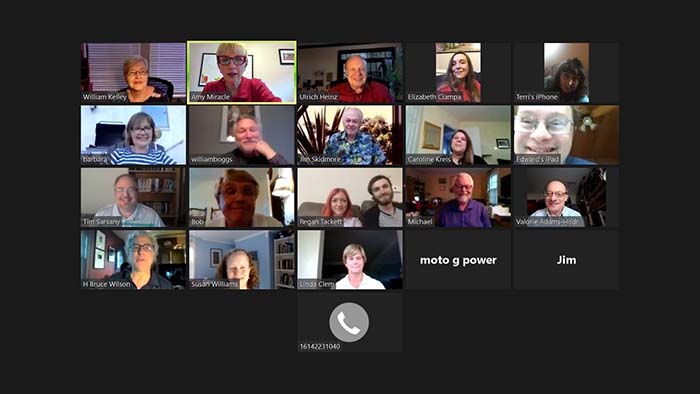 May we continue to open our hearts to meaningful musical moments experienced in our homes.  Though apart, we still are in the presence of God.

Our giving supports BSPC’s music ministry.  Because of the church’s giving, we are able to create and sustain vibrant, meaningful musical moments.  Our pledges to the 2021 Annual Campaign will continue to enrich music ministry at Broad Street.